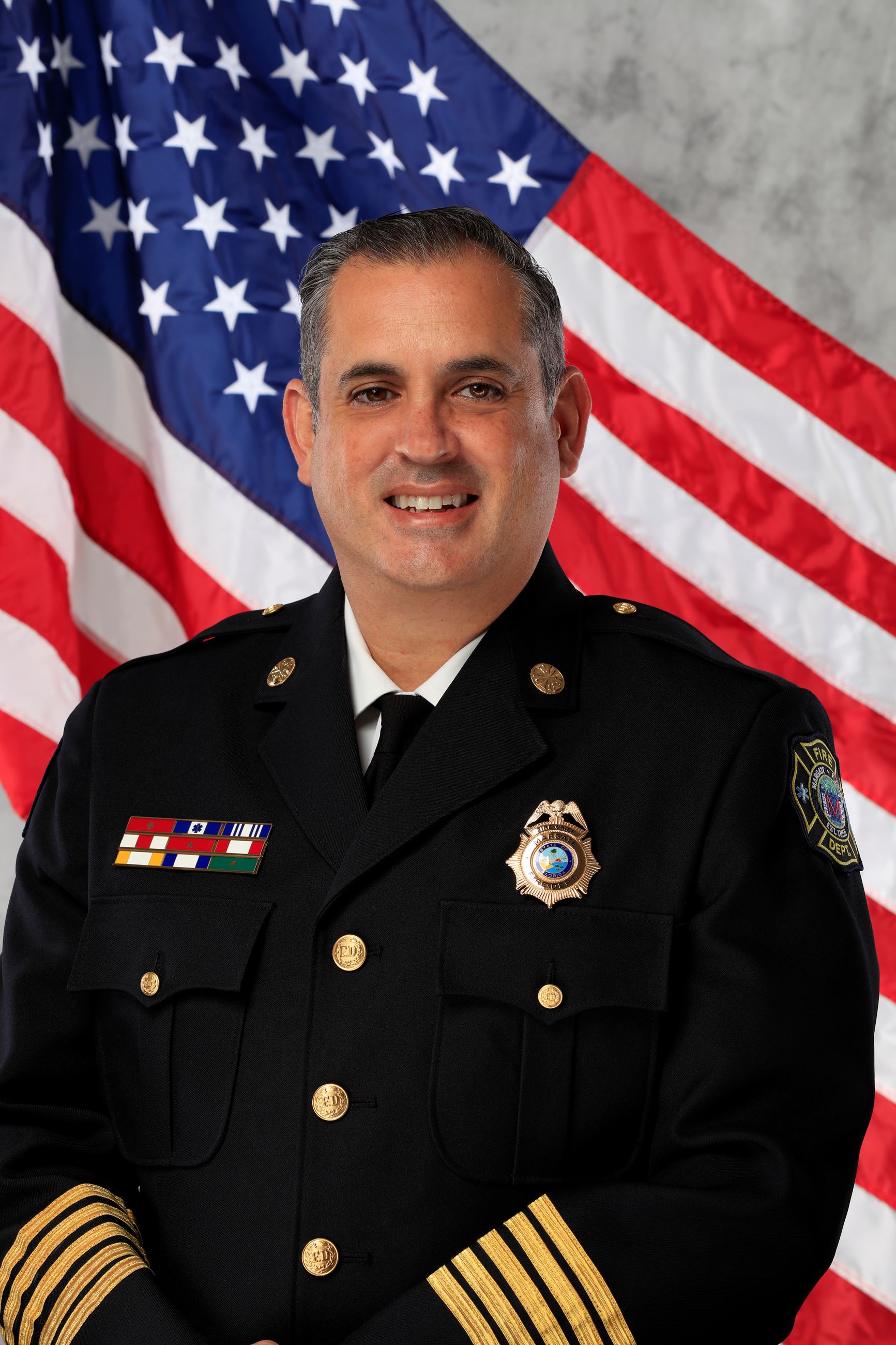 Fire Chief Roberto Lorenzo began his fire service career in 1997 with Brevard County Fire Rescue located in Central Florida. Chief Lorenzo was hired as a Firefighter Paramedic for the City of Margate in August 1998.

Roberto earned Associates Degrees from Broward College in Fire Science, Emergency Medical Services, and in Nursing, as well as an additional Associates Degree from Miami Dade College. He graduated from St. Petersburg College with a Bachelor of Science Degree in Public Safety Administration.

Roberto is currently working on both his Chief Fire Officer designation through the Center for Public Safety Excellence and an Associate Emergency Manager Certification through the International Association of Emergency Managers. He additionally holds certifications and licenses as a Registered Nurse, Paramedic, Fire Officer 1 and Live Fire Adjunct Trainer. He is an active member of the International Association of Fire Chiefs, Florida Fire Chiefs’ Association, Broward County Fire Chiefs’ Association, and the Hundred Club of Broward County.

During his time on shift, Roberto received several departmental awards for his action on calls and was part of competitive teams for years in both Extrication and Advanced Life Support. Roberto became the lead organizer of a multi-city collaboration of Fire Ops 101, an introductory hands-on fire department experience for City leadership and elected officials His commitment to the community is further evidenced by his spearheading several successful community engagement projects, such as the Charity Mac & Cheese dinner to benefit the Woman’s Breast and Heart Initiative, and the Safer by 4, a Margate Cares Initiative for water safety.

When not at work, Roberto enjoys spending time with his two teenagers, playing basketball, and rolling Jiu-Jitsu.