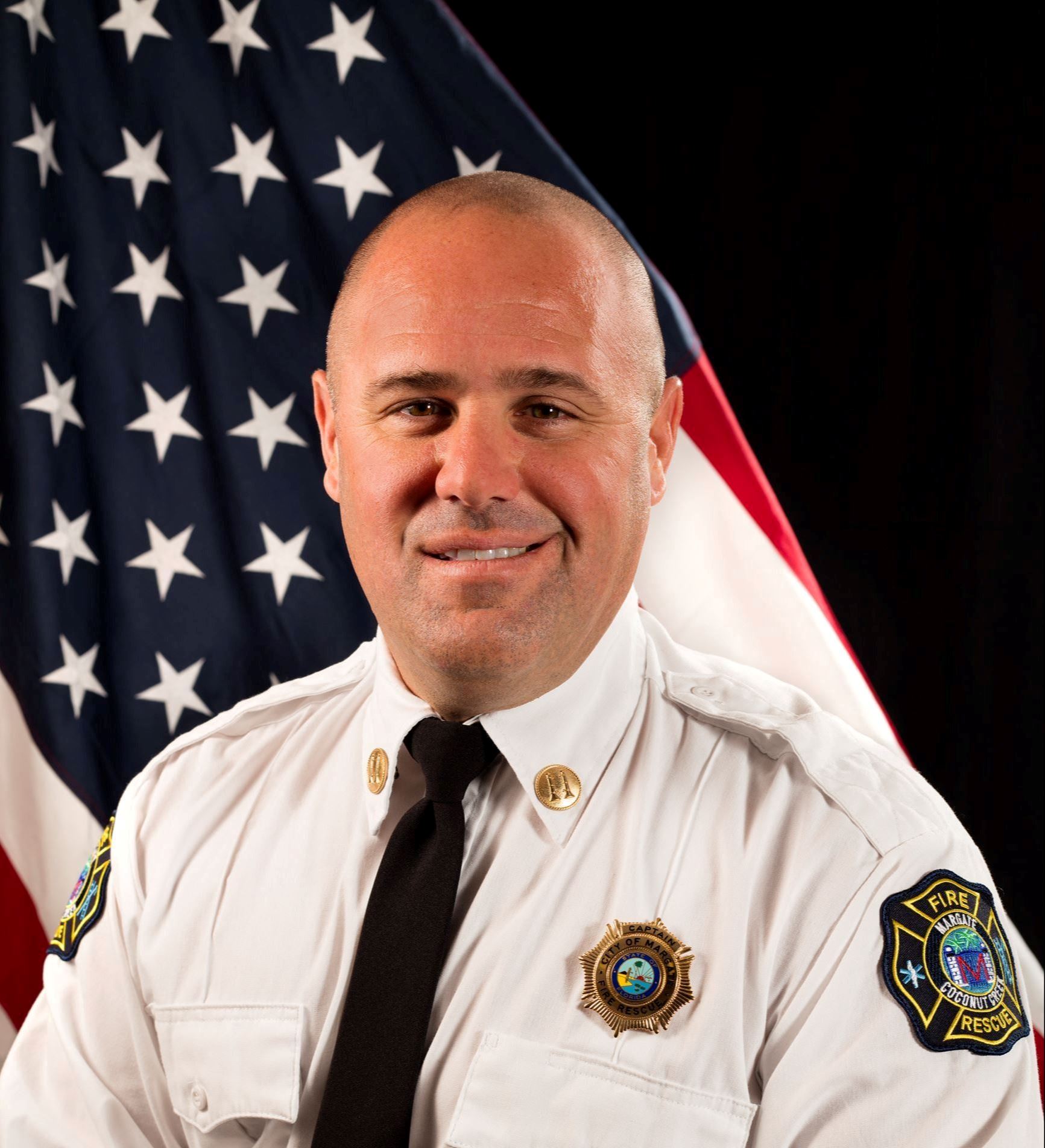 A Shift, Battalion Chief Todd Sherman, began his career with the City of Margate Fire Department in 2001. Throughout his career, he has served as a Firefighter/Paramedic, Captain and was assigned the A-Shift Battalion Chief for the Margate Fire Department in 2022. Chief Sherman is a Trustee for the Employee Benefit Trust Fund and has served as the Union Vice-President for the Professional Firefighters of Margate Local 2497 from 2006-2010. Chief Sherman has an Associate’s Degree in Fire Science. He is a member of the Fire Chiefs Association of Broward County, Florida Fire Chiefs Association, and the International Association of Fire Chiefs. 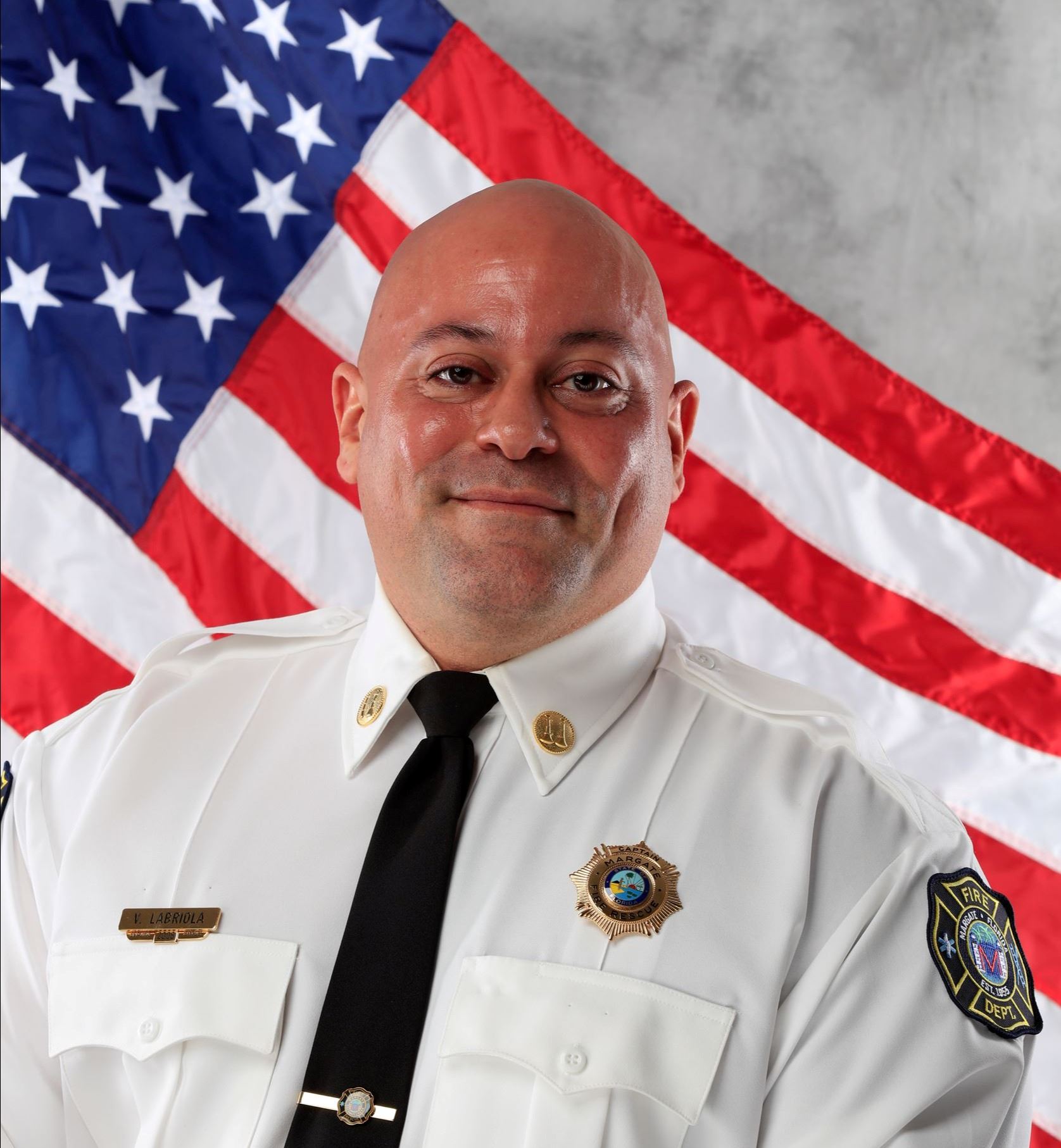 B Shift, Battalion Chief Vito Labriola, has been a member of the Margate Fire Department for over 15 years. During this time, he has held ranks of Firefighter/Paramedic, Lieutenant, and Captain.  He is a long-standing member of the ALS Team, a former member of the SWAT Team, a member of the training bureau, and Chair of the Health and Safety Committee, and has been a multi-discipline instructor at various schools throughout the county.  He is a State of Florida Fire Officer IV, a graduate of the National Fire Academy’s Managing Officer Program, received a Bachelor of Applied Science in Public Safety Administration from St. Petersburg College, and is actively pursuing his Master’s Degree in Public Administration from Barry University. 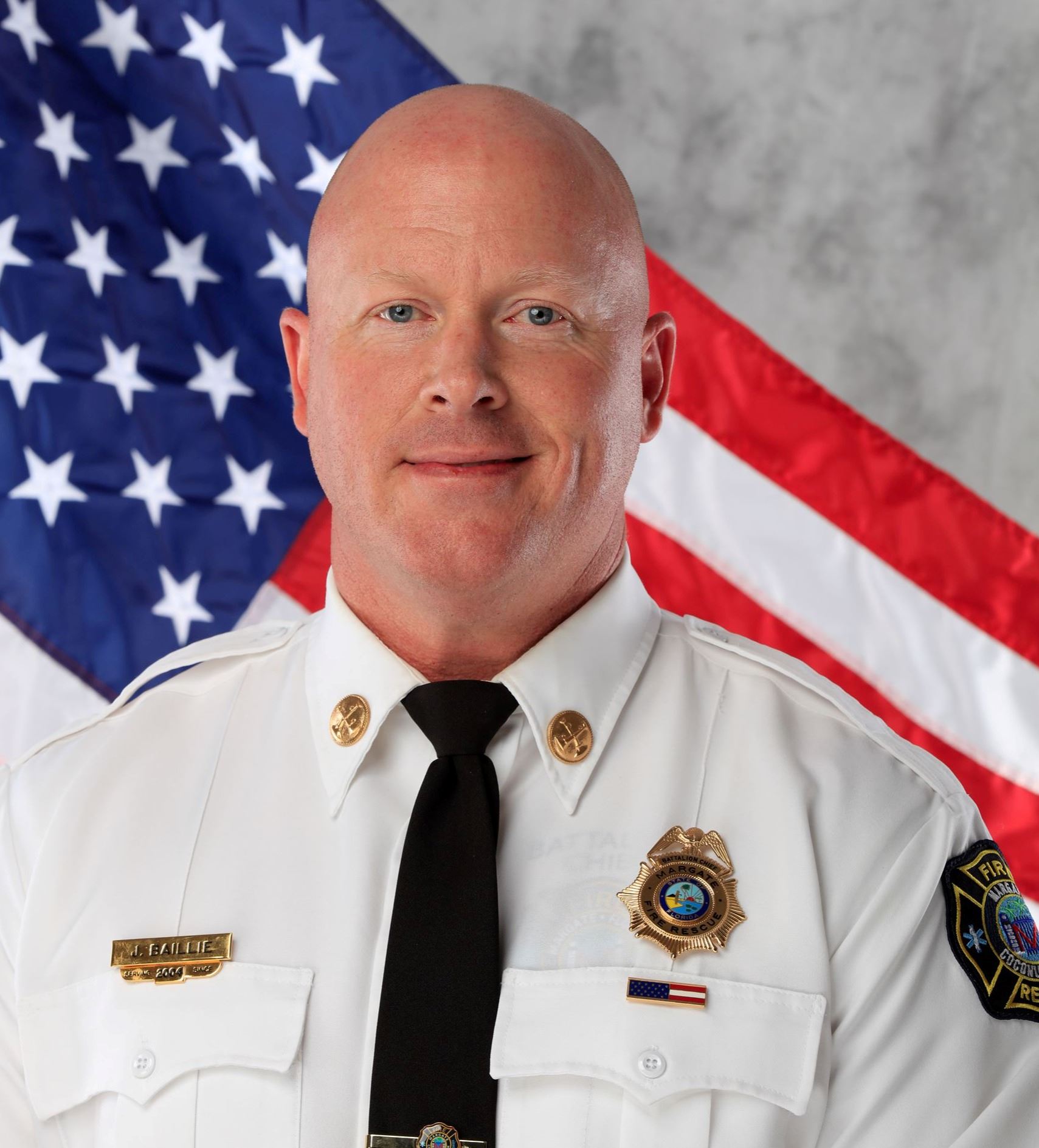 C Shift, Battalion Chief John Baillie, began his career with the City of Margate Fire Department in 2004. Throughout his career, he has served as a Firefighter/Paramedic, Lieutenant, and Captain.  From 2019 to 2021, Chief Baillie was assigned as the Division Chief of Operations. He is a Florida State Certified Fire Instructor and has been a Fire Instructor for the department’s Training Division for many years. He has participated on many department committees and was also a member of the department’s Extrication Team. Chief Baillie has also served the union as the Assistant District Vice President for the Professional Firefighters of Metro Broward Local 3080 from 2017-2019.